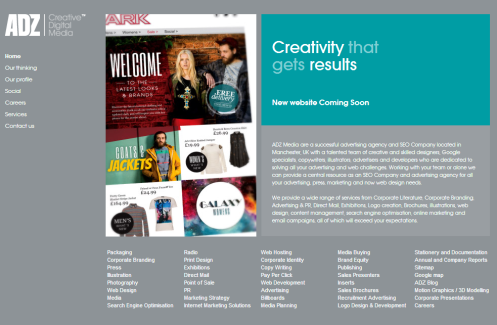 ADZ Media are a successful advertising agency with a talented team of creative and skilled designers, developers, Google specialists, copywriters and advertisers. They're dedicated to solving all your advertising and web challenges.

At ADZ Media they need to store a lot of relational data when developing large, complex projects. It became very difficult to manage both documentation and structural project amendments, so they needed to find some better way to do it.


Solution: Working with visual model and documentation at the same time

The company started using Skipper to create and maintain database designs. Skipper is a starting point when ADZ Media developers begin a new large scale project. As the project starts to take shape, it is a key tool in its development. Using a number of automated scripts, the development team can export the database structure from Skipper and create a working database in minutes.

ADZ Media use Skipper several times each week and the developers appreciate the huge amount of time using Skipper saves. Another great benefit for the team is that Skipper eliminates the boring and routine work on the project.

"Skipper saves a huge amount of time as writing the entity definitions manually would be soul destroying and time consuming!"

Besides the saved time and simplifying of work, Steve Davies from ADZ Media appreciates the ability to clearly and easily explain the data structure of a project to a "non-believer", which is someone completely new to the project. As another big positive Steve emphasizes the fact that support of Skipper has always been there when the developers needed it.

The company mainly focuses on: