Skipper fully supports import of the MySQL Workbench native format. It is possible to import the model workbench file to Skipper and automatically generate the schema files for your preferred ORM framework. Export formats are supported for Doctrine, Doctrine2, Propel or Cake PHP.

Using MySQL Workbench you can directly administer the database. But Skipper allows you to take full advantage of ORM oriented design. You can design the project, directly edit ORM specific properties, export schemas straight to your framework format and import existing schemas. Skipper supports import of the MySQL Workbench database schemas to help you transfer your existing projects more easily. 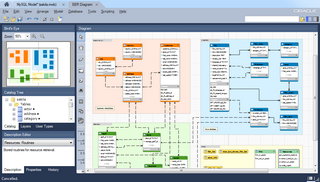 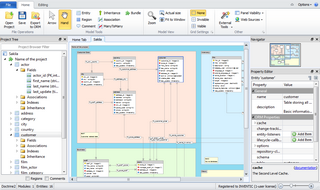 Read the comparison study if you are more interested about differences between the Skipper and MySQL Workbench. Main focus of this comparison lies in the ORM framework support and ORM oriented design.

You do not have to do anything extra. All that you need to do is just save your model the usual way in MySQL Workbench, and everything else will be taken care of by Skipper. 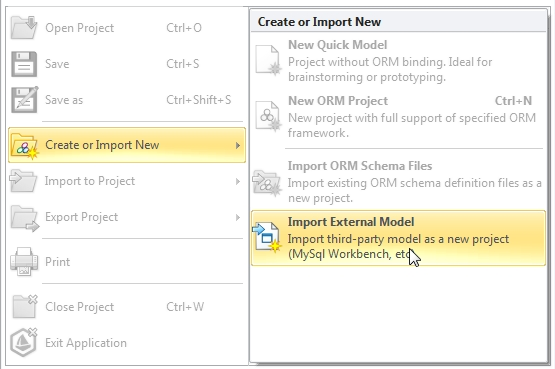 This launches wizard which will guide you through the necessary options like:

Your database schema will now be converted to ORM model. The tables, columns, relations and properties defined in the model will become entities, fields and associations for your ORM schema.

Skipper will automatically prepare set of ORM specific properties for each element, and you only need to choose which will be used to fully benefit from the ORM approach.

Once the model is imported from MySQL Workbench to Skipper, you can easily export it to ORM framework you have defined during import (Doctrine, Doctrine2, Propel or CakePHP). You can now export your model in the regular way as any other Skipper project. 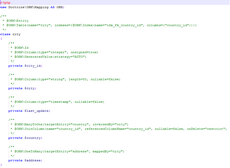 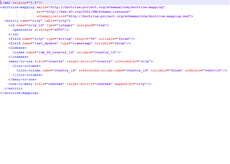 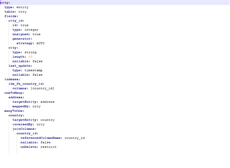 The Skipper visual representation is different from the MySQl Workbench, but most of the visual model properties itself are imported. Skipper keeps visual settings like locations and spacing of the entities, colors and of course the actual entities, their fields and associations.

Here is a step by step tutorial how to import the MySQL model file for editing and its subsequent export to XML, YML or annotations.

Open the Skipper main menu and continue as follows: 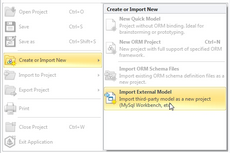 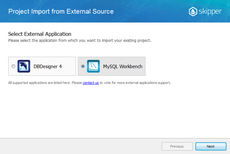 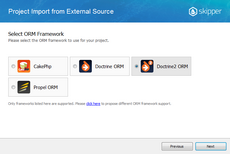 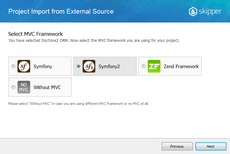 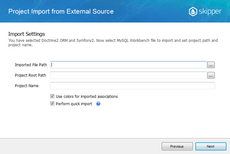 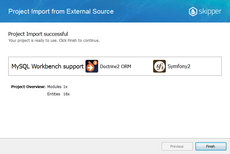 Your MySQL Workbench model is now loaded as an Skipper project ready to be modified or exported to schema files. 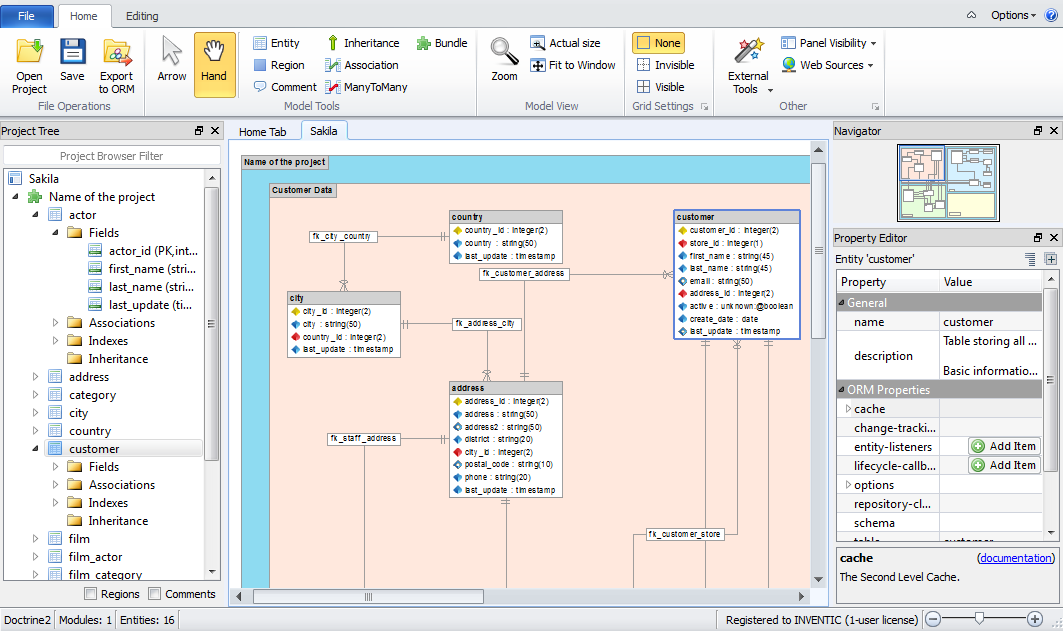